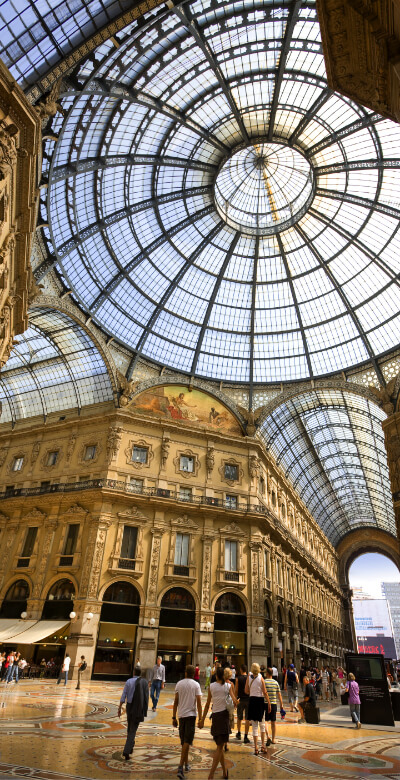 Davis & Morgan was founded in 2003 by Andrea Bertoni, the current CEO, as Davis & Morgan Consulting, with the aim of providing financial advise to companies and assisting them in their quest for bank financing, with a particular focus on the real estate market.

The growth and expansion of the services offered led, in the year 2008 the CEO to establish Davis & Morgan SpA, a company registered in the Register of Financial Companies under art. 106 TUB.

Over time, following Gianandrea Cherubini joining the company in 2011, and President Hugh Malim in 2016, the typical activity of financial advisory has been was flanked by direct and indirect investments in more profitable and emerging sectors.

On this regard, the purchase and management of NPLs, which the company started in 2012 in the unsceured sector and over time has developed towards the secured credits, has grown to become the company’s core business.

The issuance of listed bonds (five in total, for a an issue size of around €30 million) and the acquisition of 25% of the company by the Oetker Family, owner among others of the multinational company Hero AG, have allowed a considerable growth its balance sheet and financial stability as well as recognition by domestic and international institutional investors.

Registered under Article 106 of Legislative Decree no. 385/93 (the so-called Consolidated Banking Act).

Gianandrea Cherubini joins the Company as a Partner.

Purchase of the first Unsecured Portfolio.

Hugh Malim current chairman, joins the company. The purchase and amangement of NPLs becomes the core business of the company.

Dr. Arend Oetker, shareholder and director of the multinational holding "Dr. Arend Oetker Holding", as well as owner of the Swiss company Hero AG, acquires 25% of the company through a capital increase.

Purchase of the first Single Name secured NPL and set up of DM RE S.r.l., the first company’s Reoco. Issuance of first Bond.

Listing of Bonds issued within the ExtraMOT Pro professional segment of the Italian Stock Exchange.

Purchase of the “Gruppo Cellini” credit and set up of Mizar SPE, an SPV under L.130/99.

Purchase of the first UTP (Unlukely to Pay). New capital increase for €2m.

Davis & Morgan believes that operating in a sustainable manner is not only a duty but also a useful tool to improve its distinctive positioning and to increase market recognition both nationally and internationally.

The Company, on the initiative of the Chairman, monitors and updates the performance of its business model aiming to integrate ESG factors consistent with the priorities and expectations of the Company and stakeholders.

Davis & Morgan constantly strives towards a strong identity, based on principles and values to which it is committed to adhere, asking its employees and stakeholders to accept, respect and apply.

The Code of Ethics represents the set of values on which Davis & Morgan bases its identity and professional ethics:

– Primacy and centrality of the person

Manage Cookie Consent
To provide you with the best experiences, we use technologies such as cookies to store and/or access device information. Consent to these technologies will allow us to process data such as browsing behavior or unique IDs on this site. Not consenting or withdrawing consent may negatively affect some features and functions.
Manage options Manage services Manage vendors Read more about these purposes
View preferences
{title} {title} {title}